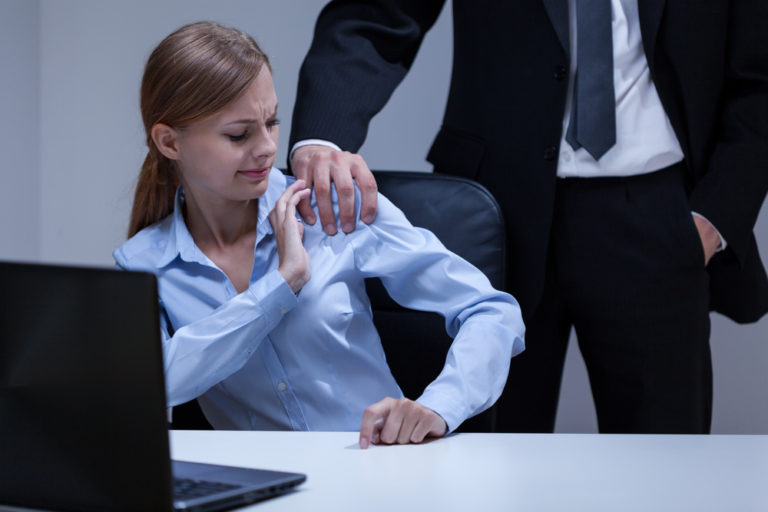 The news is full of stories of young women coming forward to report sexual abuse.   These women are sometimes referred to as the silence breakers, or part of the #MeToo and #TimesUp movements, or perhaps because they have become emboldened because of Title IX campus advocates.  If you have been a victim of sexual abuse in the workplace, our office can assist you in obtaining a recovery, or righting a wrong.  It is time to shake things up and be part of a wholesale change in acknowledging victims’ rights.

Murrin Law Firm also represents victims of all sorts of abuse, whether sexual or not, including child abuse, and same sex abuse.

Murrin Law Firm recently sued a major fast food franchise and obtained a substantial settlement for our client, a sixteen year old who had been the victim of unwanted touch, sexual comments and harassment by her male shift leader in the workplace.  She reported the unwanted touch and crude comments to the authorities, but the sexual abuse continued.  She was then discriminated for coming forward and reporting the wrongdoing, and suffered a reduction in hours, and undesirable working hours.  Our office was able to obtain a settlement for our client equivalent to two years pay for her having to endure this abuse, without having to file a law suit.

Murrin Law Firm received a six figure verdict award for a man who was the victim of sexually degrading and harassing comments at the workplace by his peers.

Murrin Law Firm is in the process of suing a major theme entertainment theme park for sexual harassment and lack of proper action by the security guards and supervisory staff where several males were stalking and harassing young, underage females.

If you have been a victim of hostile, offensive sexual advances that are continuous even though you have told the offender to stop, you must report the offensive actions to authorities. If the authorities refuse to take action, or the hostile, offensive sexual advances continue, you need to keep a careful record of the date and time of the offenses.  These dates and times must match up to the dates and times that your time clocks show that you were working and the offender was working.  Careful records are necessary to have a credible claim. Keep a written record of the time and date of the incident(s), including the individuals involved, the place the harassment occurred and other pertinent details. Keeping accurate, detailed records will help your supervisor conduct an investigation of the incident, and will also be useful when it comes time to actually filing your claim.

You have certain time limits to file your claim, depending on the type of harassment or the circumstances, you may have only 180 days to for your lawyer to file a claim. It is best to act quickly, but even if your claims are old, there are certain laws that can get around the time constraints.  Call our office to determine if you have a claim.

A hostile work environment can be stressful for several reasons, especially if the only way to keep your job is to have to put up with sexual abuse, or any kind of abuse in the workplace.  This is not right.  Call Murrin Law Firm and we can walk you through your options.