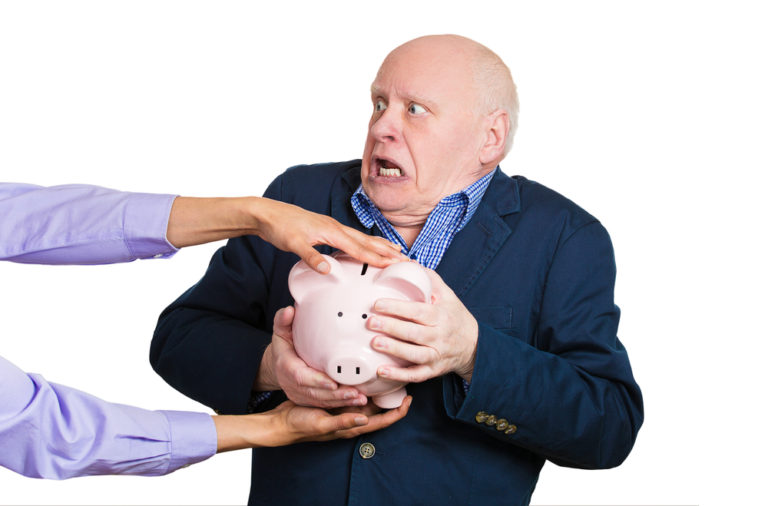 On March 30, 2019 before a U.S. District Court Judge in Los Angeles, a former accountant by the name of Carol Ann Pedersen (who did business as Pedersen Accountancy Corporation and Pedersen & Fernando CPA located at 3768 Linden Ave, Long Beach, CA 90807) plead guilty to a wire fraud charge which in effect is theft by swindle using internet or phone contact with prospective customers. It is believed that most of the victims who were customers (some long term) were told that she was a certified accountant, not a licensed investment advisor. Carol Ann Pedersen funneled all the “investments” through a limited partnership that proclaimed, “the only purpose of the partnership is to invest the assets of the partnership in securities and other financial instruments.” Carol Ann Pedersen was supposed to earn a 5% fee. Apparently, that was not enough. The money that was supposed to be used for investments was deposited into her personal account to pay her bills, establish trust accounts for her family, and purchase real estate. She was able to hide the scheme which apparently operated for over 20 years. The investment scheme had all the attributes of a Ponzi scheme similar to Bernie Madoff’s. Investors were lured in by attractive returns. The main operator of the Ponzi scheme convinced new investors to invest. This money is used to pay off old investors making the investment seem profitable – even though little to no actual profit is actually generated. Such schemes are not sustainable over time.

Pursuant to the limited partnership agreement, Carol Ann Pederson was the general partner. Some of Carol Ann Pedersen’s customers had been with her for over thirty years, and some had invested over one million dollars to the investment pool.

This investment became news when a desist and refrain order issued by the commissioner of business oversight of the state of California on Nov. 3, 2017.  According to that desist and refrain order, the commissioner claims that Carol Ann Pedersen also solicited investors to purchase securities in what were called a principal protected trust (PPT) for guaranteed market notes (GMN) on the secondary market.  Two investors gave Carol Ann Pedersen $2.1 million to purchase these types of securities.  The investment according to the desist and refrain order, was based on Carol Ann Pedersen misrepresenting material facts or omitting the material facts necessary for an investor to make an informed decision in light of the circumstances.  Carol Ann Pedersen would collect money from the investors and purchase PPT & GMN and return or invest the money after the maturity dates.  It was represented to the investors that the money could be withdrawn at any time after the maturity.  It was represented to the investors that if it was still in the pre-maturity period, all that was lost through early withdrawal was the interest.  But in fact, Carol Ann Pedersen was not returning monies to some investors who had requested to withdraw their monies in about 2017.

Shortly thereafter, Carol Ann Pedersen became a defendant in a federal criminal matter brought by the U.S. Attorney’s office.  Prosecutors allege that Carol Ann Pedersen concealed the fact that she was using investor monies to pay off victims and was in fact conducting a Ponzi scheme.

The criminal complaint accuses Carol Ann Pedersen of creating and maintaining an online virtual portfolio for the victims which enabled the victims to track the progress of their purported investments. The complaint went on to say that “Defendants also periodically sent the victims false earning statements.”

Murrin Law Firm is investigating this matter. If you or someone you know has been a victim of Carol Ann Pedersen or a similar investment, we would like to interview you.

We are also available for hire to investors with claims against Carol Ann Pedersen or similar investments where securities or other laws were violated. We represent investors who have lost money all throughout the United States in arbitration proceedings. If it is determined that you have a just case, we can refer you to an attorney who can help if we are unable to do so.

IF YOU HAVE LOST MONEY WITH CAROL ANN PEDERSEN OR ANY SIMILAR INVESTMENT INVOLVING SECURITIES FRAUD PLEASE CONTACT MURRIN LAW FIRM AT (562) 342-3011 FOR A FREE EVALUATION OF YOUR POTENTIAL CASE AND WHAT WE CAN DO TO HELP YOU RECOVER YOUR LOSSES.

Murrin Law Firm is an independent law firm who can help people who have lost money. We are not a government or law enforcement agency. The statements in this blog should be considered statements of opinion derived from preliminary public records and not statements of fact or verifiable conclusions. This blog may also be considered advertisement material and does not create an attorney-client relationship, nor does it constitute legal advice. Each individual may have had a different experience with Carol Ann Pedersen and a claim has to be determined on a case by case basis.